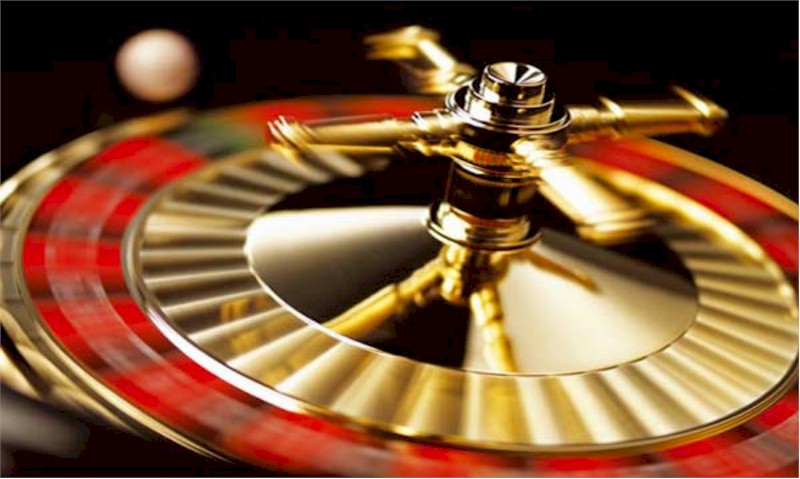 Caption: Is roulette one of the most popular games at land-based casinos?

Gaming and gambling have long been staples in pop culture, but not all games are created equal. Here we’ll be exploring the history, popularity, variations, platforms and places of the three most popular games at casinos around the world.

Caption: The ancient game of poker played in a modern era.

For centuries, poker has been one of the most popular card games around the world. It’s thought that the game’s roots go back almost 1,000 years, all the way back to 10th-century China. Back then it was a domino-based card game, popular amongst royalty including the Chinese emperor. Others claim that the version of poker that we would recognise today didn’t appear until the 16th century in Persia, where poker was called “As Nas”.

Meanwhile, in 17th -century Europe, games known as Poque, Pochen and Primero began to appear in France, Germany and Spain respectively. Primero was the first to appear, and featured three cards, bluffing and betting. It was Poque that spread the furthest though, arriving with French settlers in North America before being Anglicised by English settlers. By 1834, the game had adapted to giving each player five cards from a 52-card deck and very closely resembled modern-day poker.

From New Orleans, where the French had settled, poker spread throughout the entire country. It was extremely popular with riverboat and cargo-hauler crews, which only helped cement the game in the country’s pop culture. During the civil war, it is reported that all sides enjoyed playing poker and by the 1870s, poker was a staple at Wild West saloons.

Poker returned to Europe around this time, after Queen Victoria heard a United States minister showing her court how to play. Once World War I broke out and Americans made their way back to Europe, poker became even more popular though by this time there were many more versions of the game to learn. Five-card draw, seven-card stud and Texas Hold’em were all popular, especially after the World Series of Poker annual tournaments launched during the 1970s.

Once the internet became a household amenity a few decades later, it didn’t take long for poker to find its way into the online world as well. Fans of the game were soon able to play their favourite variation of the game anytime, anywhere and even now poker remains one of the most popular sectors of the iGaming industry. It’s so popular that entire communities exist around the game, discussing the psychology behind the game, the poker strategy behind bluffing and techniques that can help them improve their skills.

As for the real world, every good land-based casino has at least a poker table, if not a grand poker room completely dedicated to the game. This is the case at Aspers Casino, London – where you’ll find a 400-seat poker room – and at many of Macau’s leading casinos, as Chinese casino operators have never forgotten poker’s roots.

Like poker, roulette has a rich history than spans back for centuries. Some historians believe that the game was inspired by the medieval Wheel of Fortune, a disc responsible for the rise and fall of life that was spun by the goddess of fate, thus representing the randomness of life. Others believe roulette was simply inspired by Italian chance games. By the 1700s, games known as Italian roulette and German roulette were already well-known pastimes that spread throughout European casinos like wildfire. In 1843, Francois and Louis Blanc modified the wheel to include a single zero and the game became more popular than ever, particularly in Monte Carlo where the brothers were based. In fact, much of the Monte Carlo Casino’s fame can be attributed to the brothers and their single zero roulette wheel.

Europeans travelling to North America brought roulette with them and, soon enough, the game was as popular in the states as it was in Europe. To this day there remain some differences between the two types of roulette though, which is why many online casinos today have at least European and American roulette on their roster. The latter includes two zeros and is the preferred version throughout the Americas, while the rest of the world seems to prefer the single zero.

All good land-based casinos also have both variants available, of course. The Mirage, The Wynn, The Bellagio and the MGM Grand in Las Vegas, Nevada all have both American and European roulette to ensure everyone’s preferences are covered. However, it’s important to never just assume that a casino has every version of roulette as many are yet to embrace both.

Finally, we finish with the most popular casino game ever to be created. It was in 1887 that the first instance of a slot was created, though it was a “poker machine” and not the sort of slot we’d recognize today. This changed in Chicago in 1907, when Herbert Mills built The Liberty Bell, the first fruit machine in history featuring a BAR symbol and everything. More versions of The Liberty Bell were created, and the machines remained popular up until 1964 when the first electromechanical slot was created. By 1976, the first video slot was already available in Las Vegas, having been created from a modified 19-inch Sony TV display.

It didn’t take long for other casino game companies to catch on, having seen how popular the video slot was in Las Vegas. Still, it wasn’t until two decades later that the next big leap in slot technology was made. This arrived in the form of “Reel ‘Em” by WHS Industries Inc, the first slot to ever featured a second screen bonus round.

From there, slots have only continued to grow, both in technological terms and in popularity. This was certainly helped along by the introduction of online slots, of which there are now thousands, if not millions. Meanwhile, in land-based casinos, much of the floor space is often taken up by slot machines, which is the case for The Venetian, China, Foxwoods Resort Casino, Connecticut and Casino Lisboa, Portugal just to name a few. There are slots based on ancient history, mythology, folklore, hidden treasure, mysteries, movies, tv shows, artists, musicians and almost everything else you can think of.

With such a rich history, poker, roulette and slots are by far some of the most respected games on the planet, as well as being the most popular casino pastimes. Of course, we’d love to know if you have a favorite variation of any of these games, as well as which casinos you would recommend for fellow gamers.